#52 Days To FASDay - Get the Current Research 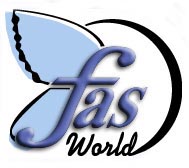 Stay on top of current statistics and research!

Provide media interviews and reporters with the newest data.

Thank you for being a part of our Million Mind March to Build Better Baby Brains. The following letter was received by Better Endings New Beginnings - July 19, 2012 - We are offering you an early view today of the report. We appreciate everyone's efforts.

We would like to share with you findings that were published today in CDC’s Morbidity and Mortality Weekly Report (MMWR). The report*, Alcohol use and binge drinking among women of childbearing age – United States, 2006-2010, describes findings from CDC’s Behavioral Risk Factor Surveillance System (BRFSS) examining any alcohol use and binge drinking among pregnant and nonpregnant women of childbearing age (18-44 years) in the U.S. from 2006 to 2010. The main findings from these data analyses are:

·         Among binge drinkers, the average frequency and intensity of binge episodes were similar, about three times per month and approximately six drinks on an occasion, among those who were pregnant and those who were not.

·         Among nonpregnant binge drinkers, binge drinking prevalence, frequency, and intensity were highest among those aged 18-24 years.

Alcohol consumption (any use and binge drinking) among pregnant women is still an important public health concern. Pregnant and nonpregnant women of childbearing age who misuse alcohol are an important population for public health interventions. This report helps identify the population of women who engage in risky drinking behaviors and can help target interventions to prevent alcohol-exposed pregnancies.

Because no safe level of alcohol during pregnancy has been established and alcohol is known to cause birth defects, developmental disabilities, and other adverse pregnancy outcomes, women who are pregnant or who might become pregnant should refrain from drinking alcohol. We know that FASDs are 100% preventable if alcohol is not consumed during pregnancy, so why take the risk?

Online Manual - www.fasday.com
Seminar - Or try our easy, effective, exciting 1½ hour program that walks you
through the morning of Sept.9: http://www.come-over.to/FASDAY/ABCDEFG/
(material from 2002 has excellent ideas)

Click Here For Our Past 60 Links for a Great Fetal Alcohol Awareness Day!

Follow us through the next 60 days and plan your local or personal project to build awareness of fetal alcohol spectrum disorder - Each One Can Reach One!